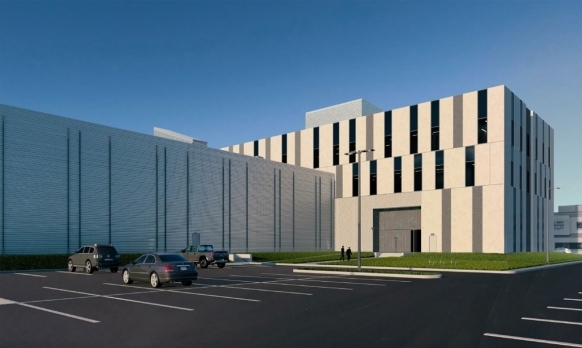 The 80,600 square-foot facility will enable research and practical study to optimize soldier and squad performance and enhance combat readiness

The 80,600 square-foot building will be a first-of-its-kind research and development facility for NSSC, and will include a high-bay Combat Maneuver Lab for testing squad and soldier performance, as well as 11 additional laboratories including biomechanics labs and virtual reality systems. The project is a joint effort between the Combat Capabilities Development Command Soldier Center (CCDC Soldier Center) and the U.S. Army Research Institute of Environmental Medicine (USARIEM). The U.S. Army Corps of Engineers (USACE) commissioned the project, which is slated for completion in 2023.

“This is an exciting project which will have a direct and important role in the preparation of U.S. soldiers for combat deployment, and the improvement of squad performance through research in a practical lab setting,” said Jeffrey Hazelwood, Principal of CTA Construction. “The Natick Soldier Systems Center has a long history in Massachusetts of creating the most innovative battlefield technologies and soldier-support systems. The S2PRINT facility will significantly enhance the U.S. Army’s research and combat-study capabilities.”

According to the U.S. Army, S2PRINT is intended to empower both the CCDC Soldier Center and the USARIEM to perform research and applied studies to uncover ways to optimize soldier and squad performance, as well as enhance readiness for combat. Research teams will look at squad dynamics and communications to identify the attributes of high-performing squads and modify training to increase overall efficiency of the combat unit.

The facility will include a three-story lab and office building connected to a one-story fieldhouse, as well as ancillary support spaces. Project architects, Symmes Mani McKee Architects

(SMMA), designed a building organized around a series of large high-bay laboratories, while creating an exterior building façade that will utilize pre-cast concrete panels. Architectural work called for integrating the design into the overall NSSC complex – which is within a historic district of Natick - and complying with established installation design guidelines.